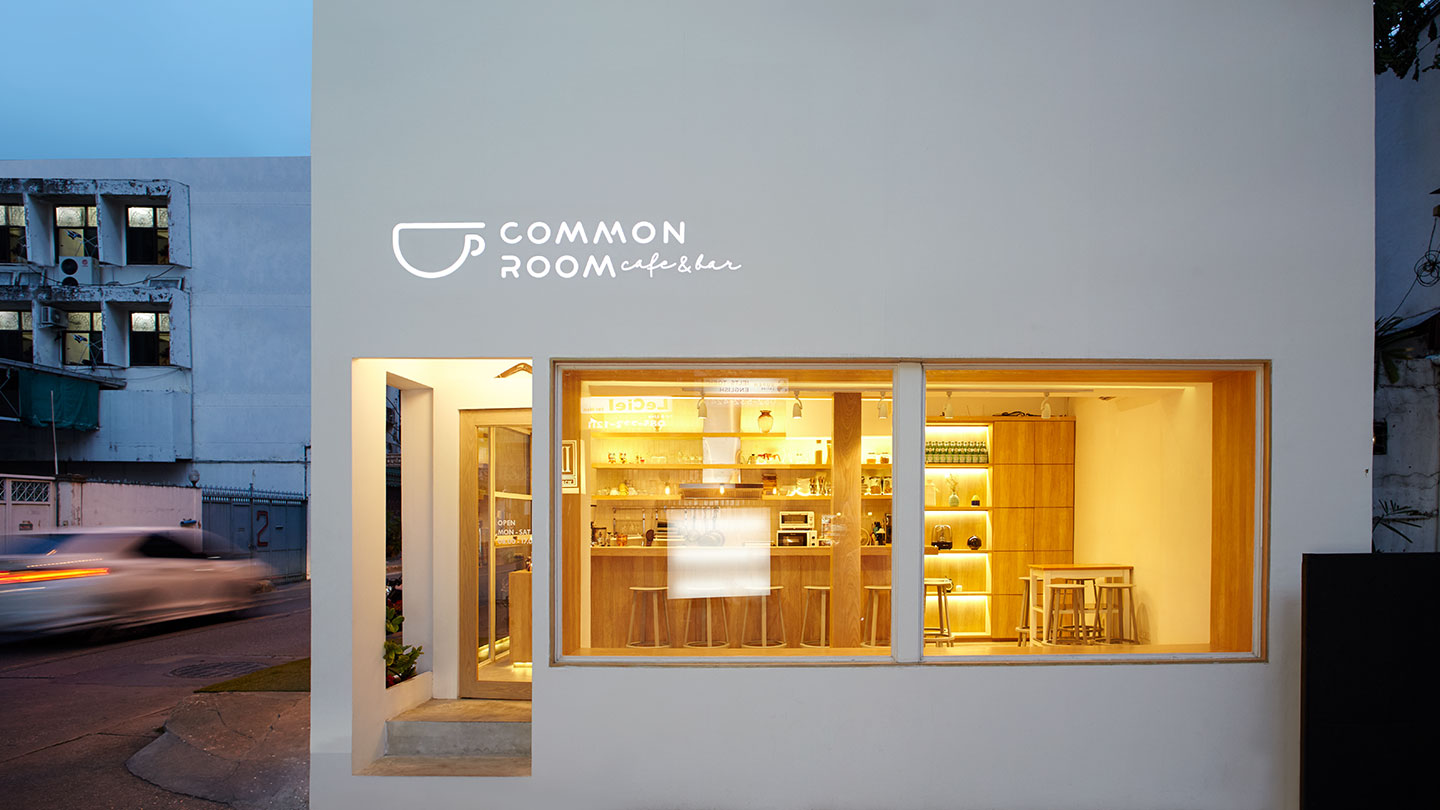 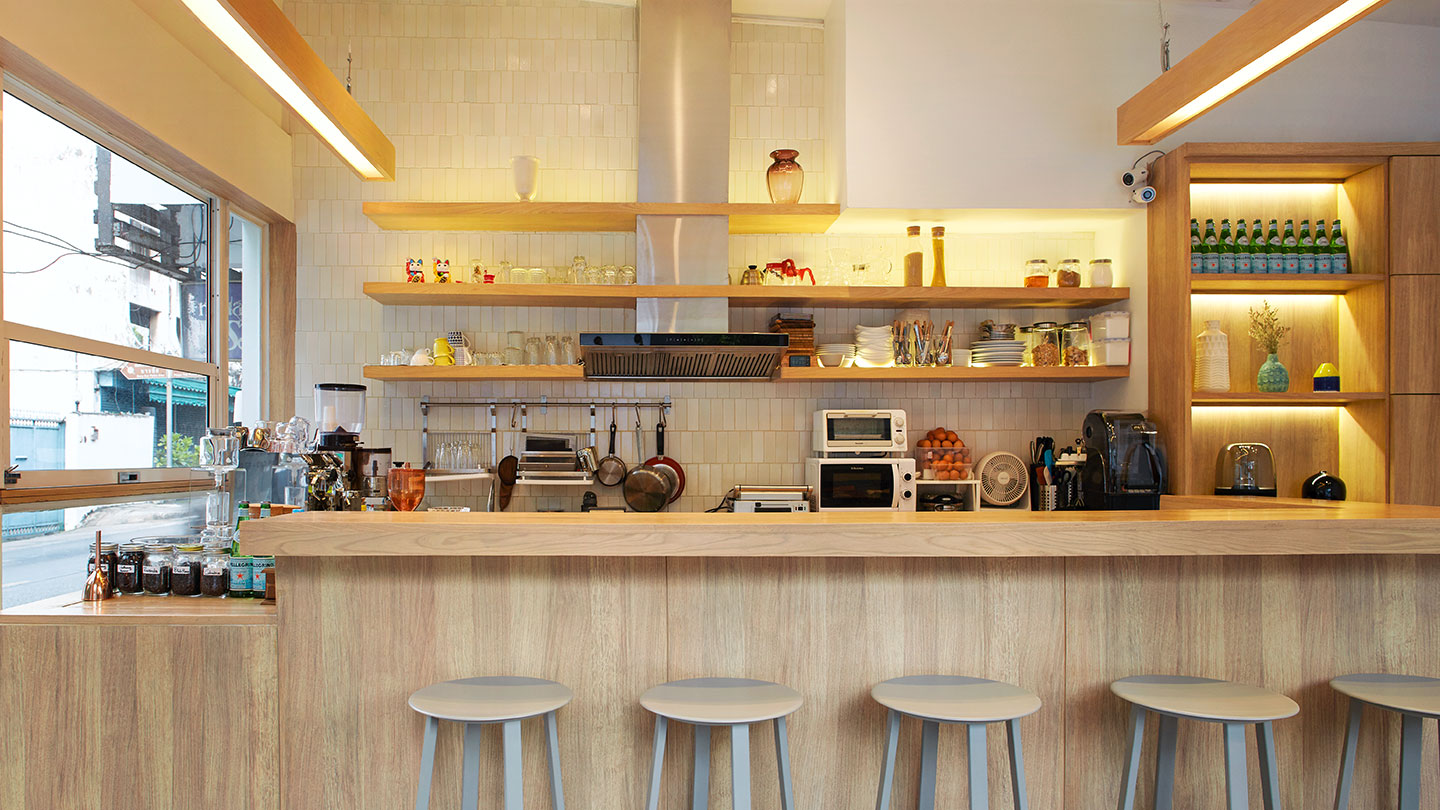 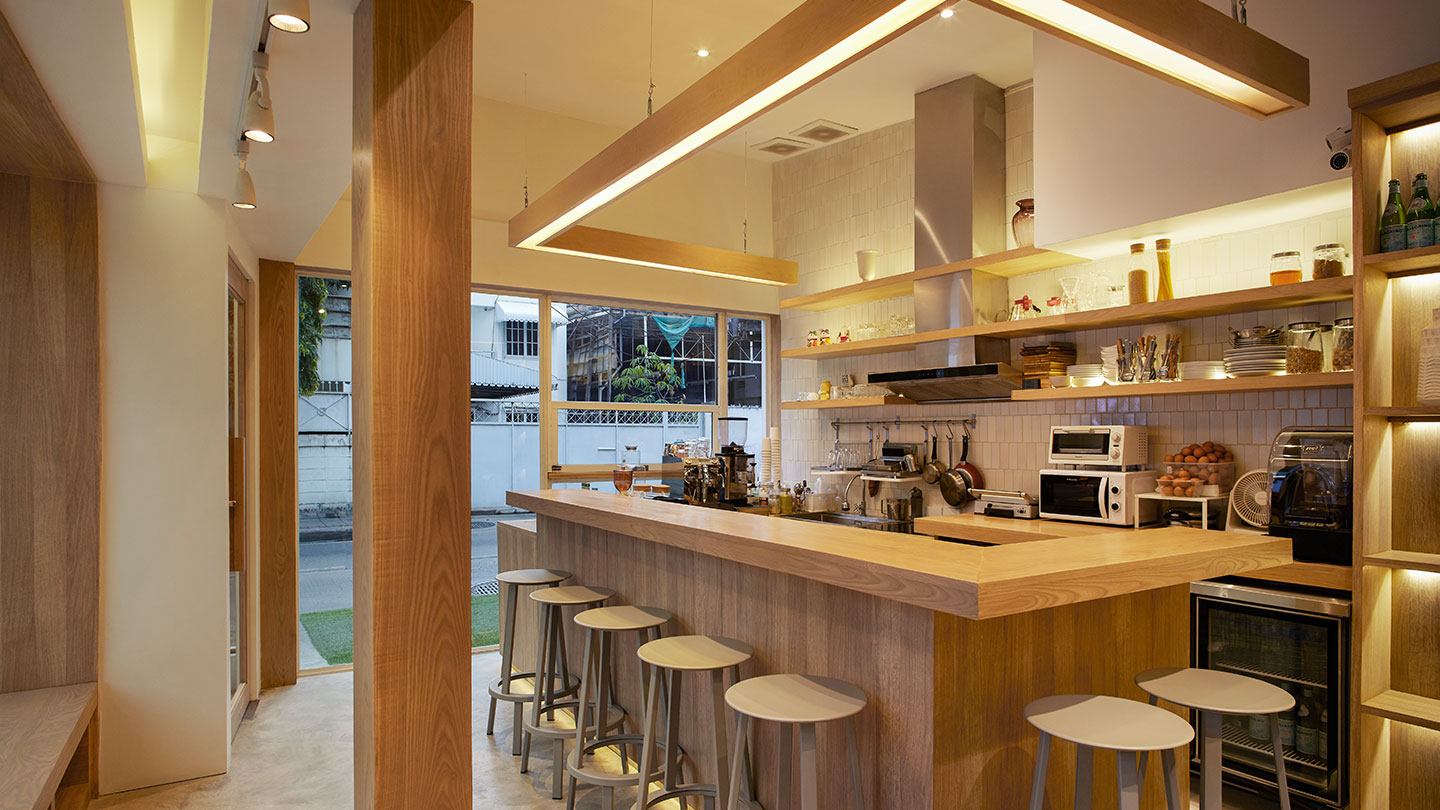 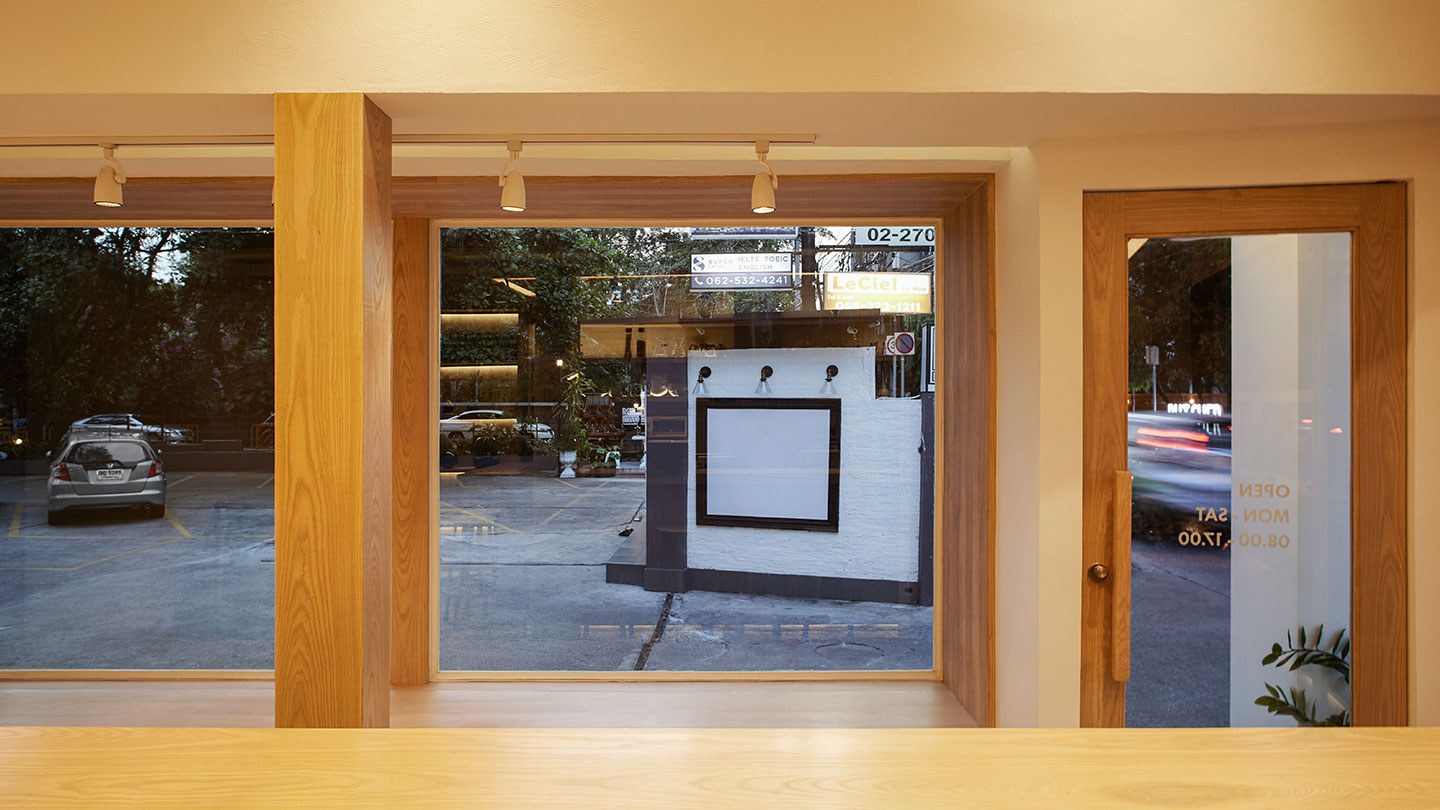 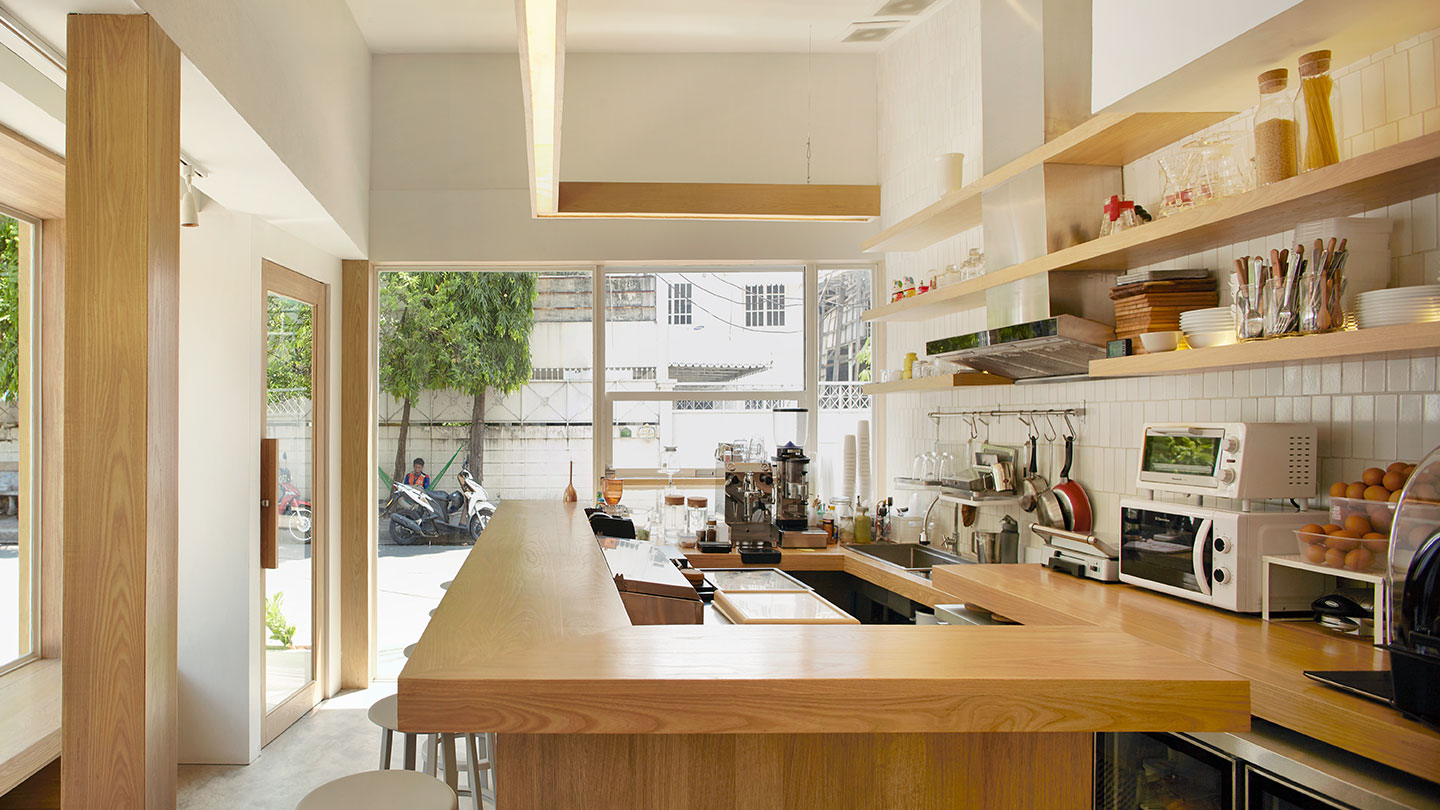 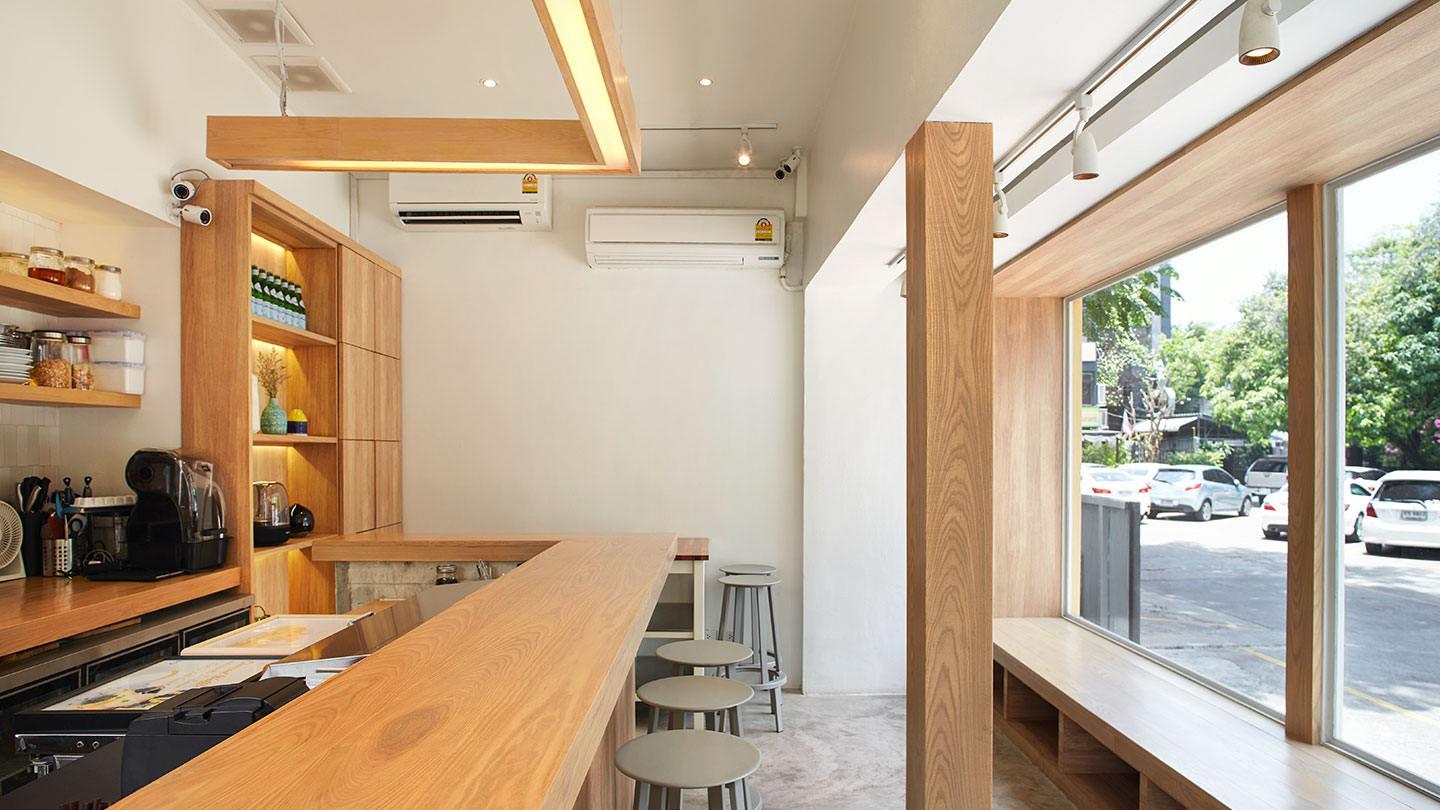 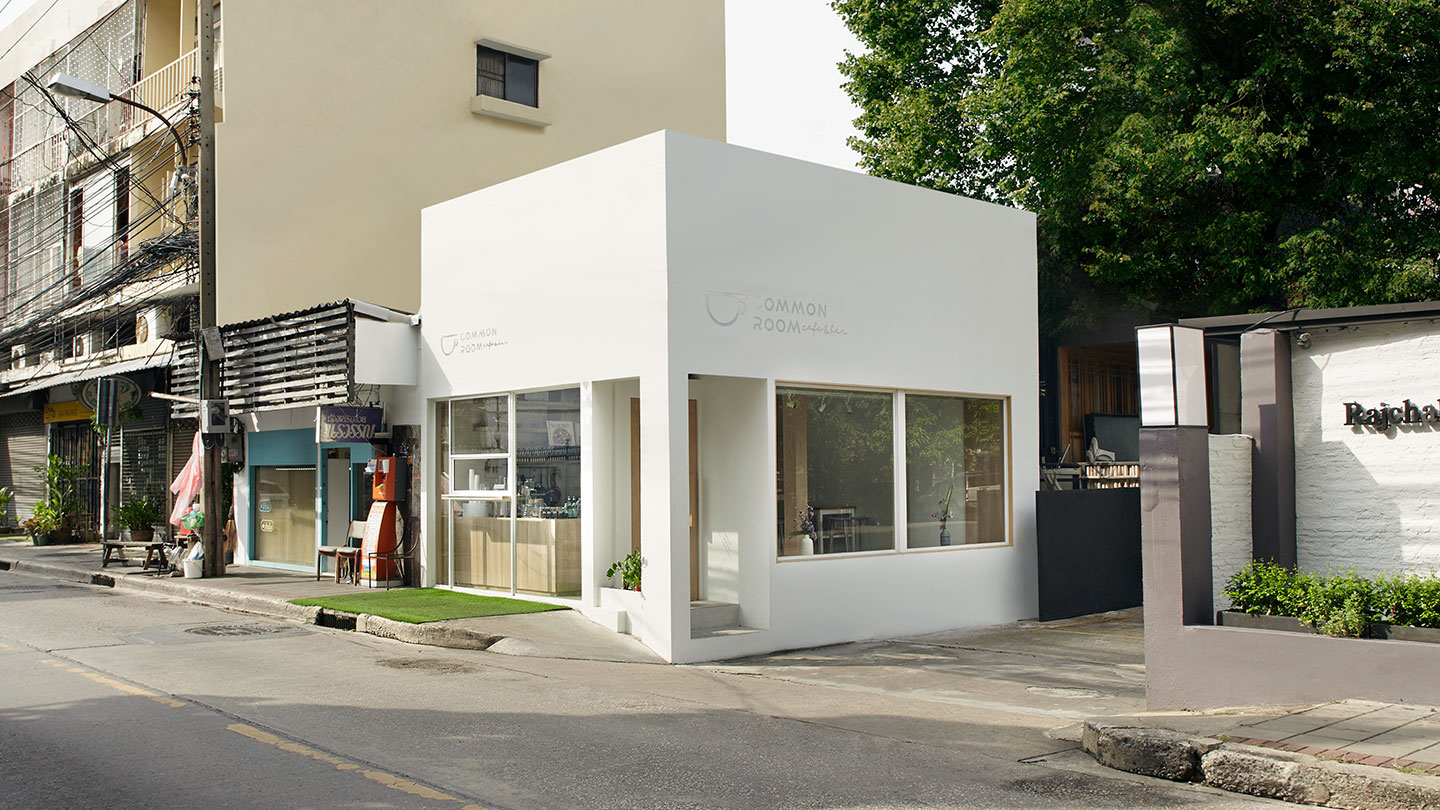 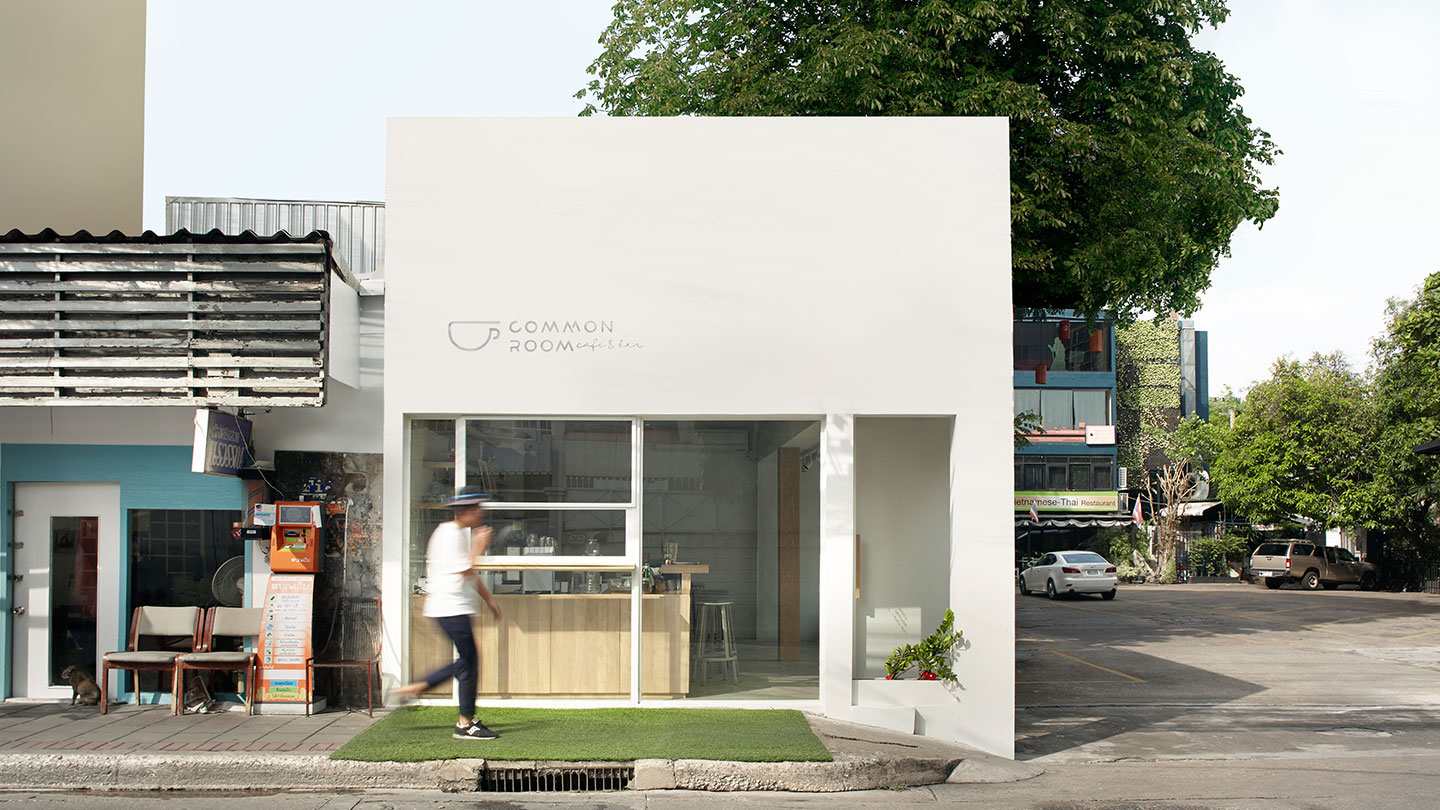 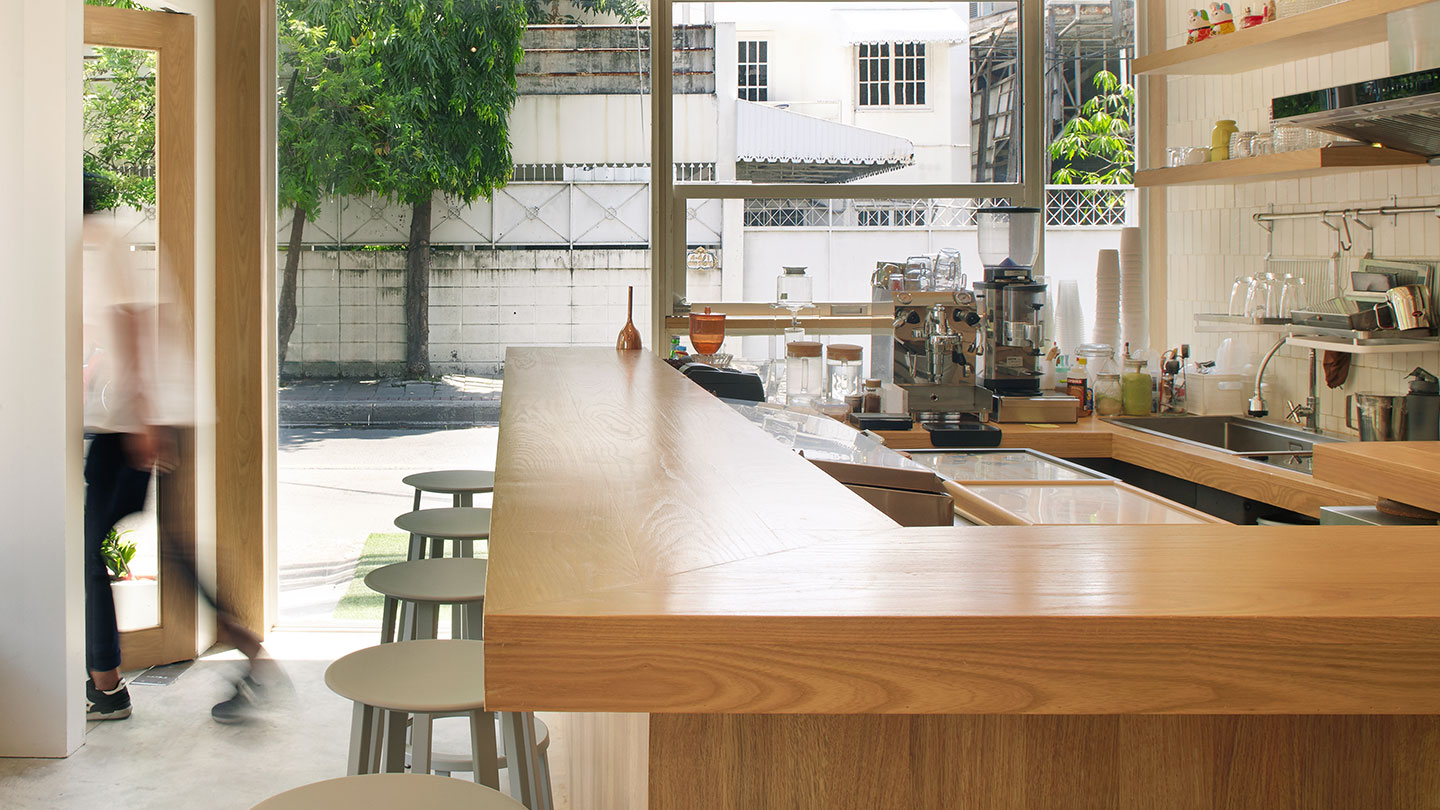 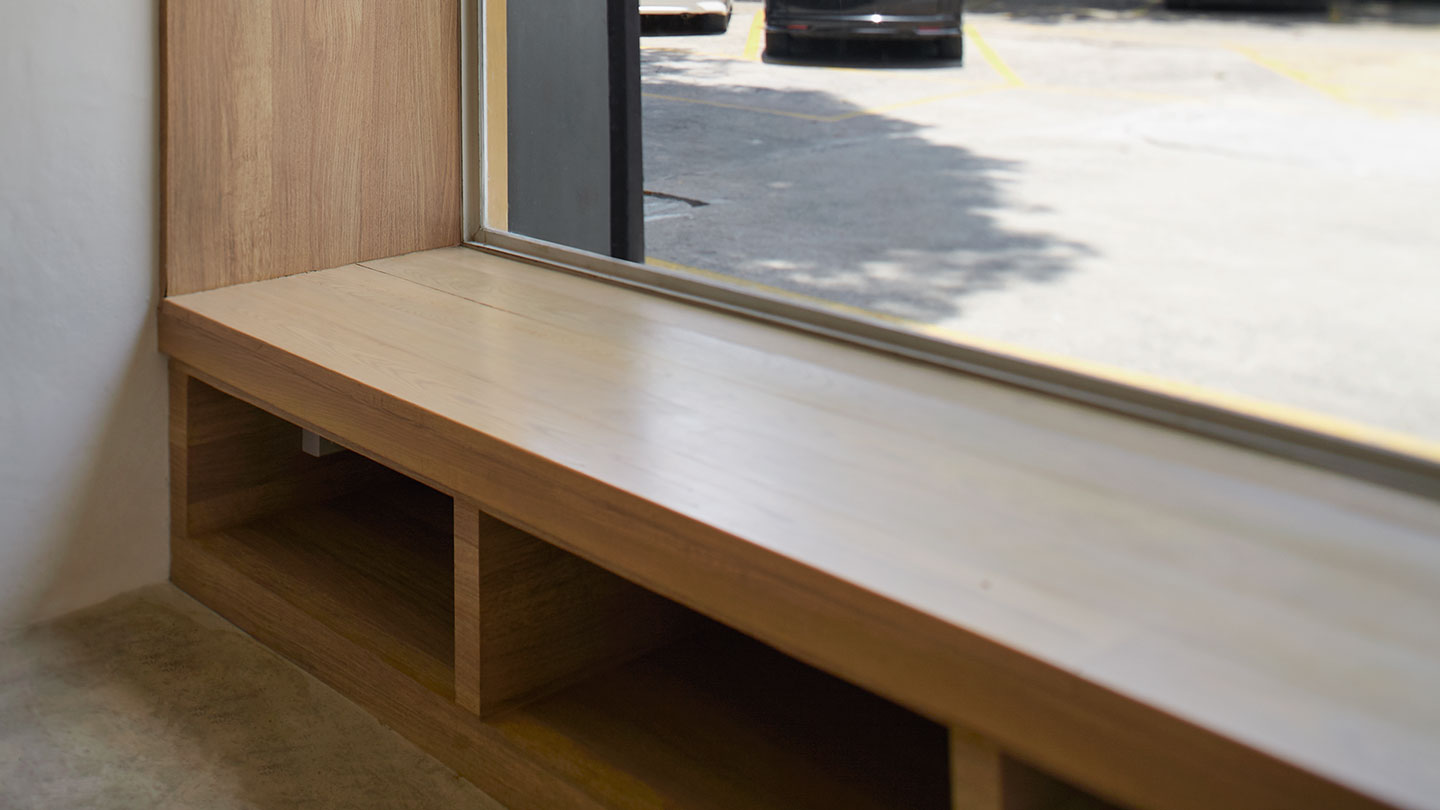 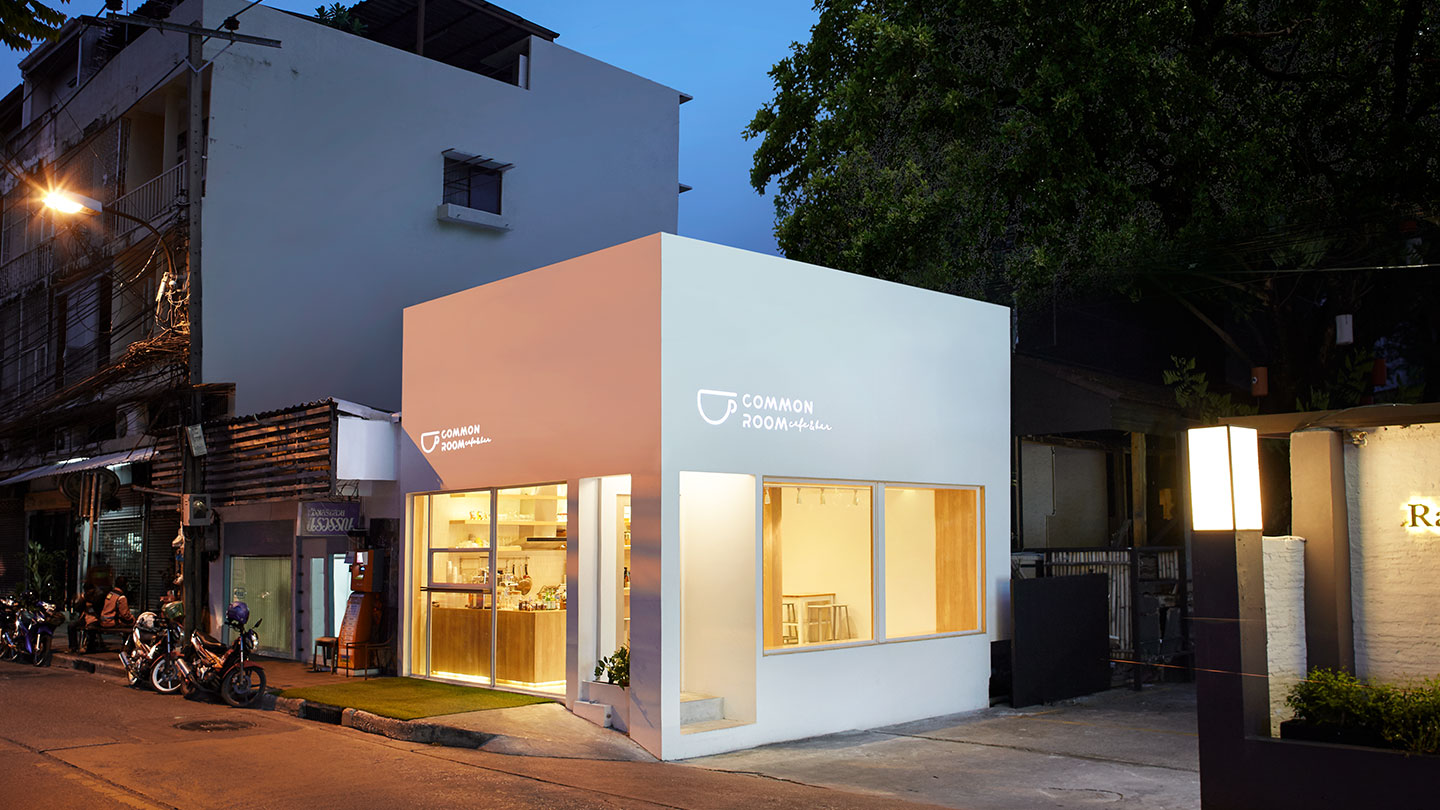 The cafe in Ari, the area of chic and trendy stuff in Bangkok. It's been initially created by the perfect combination of coffee & all day breakfast. Concept idea for Common Room project is the believes and simplicity. The diversity in this area itself, has already encouraged designer do something different. So, Common Room x Ari is back to basic of designs. It is the basic elements of things, not only objects but also living organisms and their souls. Simple shape, simple Idea but make it means. Also, it can be clearly seen that straight lines and curve lines are used in brand logo and packaging beneath its concept. Mood and tone is based on local cafe that is welcome all customers so that they will not be tensed. Opening hours is another major point of designing related to functions and opacity of the space. During design process, designers were doing research about Feng Shui and how to use maximum function in small space. To use pure Feng Shui is not the answer for us so we decided to find the relevent between believes and arts. Nevertheless, once we started creating a space, believes were integrated in every detail designs to get it done under the word simplicity. The identity of the place is revealed by creating homeliness and relaxing space. The differences of Common Room from the others is the interpretation of simple identity but full of functions for not only interior design but also props, detail and branding. Being simple but meaningful. 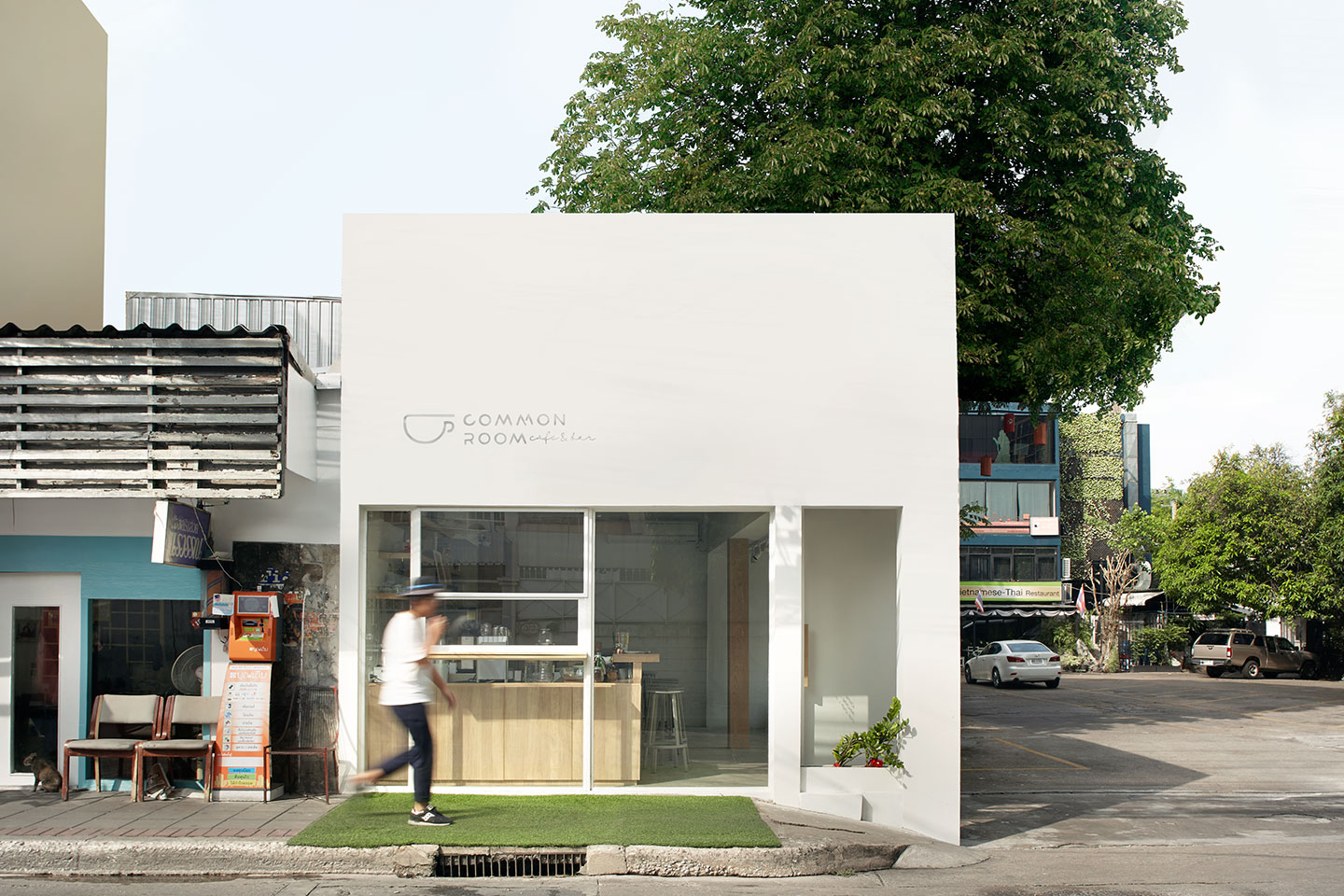